LOS ANGELES— In the heated 25th State Senate race between Democratic Candidate Anthony Portantino and Republican Michael Antonovich, it is becoming clear that Anthony Portantino is the clear choice of our community. Several major announcements have been made in the last several days about important officials who support Anthony as Carol Liu's successor. Today, Governor Jerry Brown announced he is endorsing Anthony Portantino for State Senate!

“Anthony Portantino has been a champion for public education and fiscal responsibility -- both in his community and in the State Legislature,” said Governor Brown.  “I endorse him for State Senate.”

“I’m proud to have Governor Brown’s endorsement and look forward to working as his partner in our efforts to strengthen public and higher education for students, to demand fiscal transparency and accountability for taxpayers and to continue our climate leadership for future generations,” said Portantino, the educator and former Mayor and Member of the State Assembly.

“This endorsement underscores years of hard work and a record of proven public service for this community and provides a lot of momentum for our campaign heading into the final two weeks of this election,” Portantino continued. The Anthony Portantino for State Senate Campaign is pleased to announce the endorsement of Equality California! Equality California (EQCA) is a civil rights organization that advocates on behalf of the LGBT community in California.  It took the leadership role in the NO on Prop 8 campaign in 2008.

"Former California Assembly member and La Cañada Flintridge Mayor Anthony Portantino has a long and stellar history of supporting civil rights protections for the LGBT community. As Assembly member, Portantino was vocal and public in his opposition to Proposition 8, consistently voted in favor of legislation advancing LGBT civil rights, and recruited and mentored out LGBT leaders. He has regularly participated in Pride events and he organized a series of successful HIV summits with City of Hope Hospital."

Equality California is the nation’s largest statewide lesbian, gay, bisexual and transgender civil rights organization dedicated to creating a fair and just society. Their mission is to achieve and maintain full and lasting equality, acceptance, and social justice for all people in every LGBT community.  Portantino's Republican opponent, Mike Antonovich, is a strong opponent of marriage equality and was a major supporter of Prop 8.

"I am honored that Equality California has endorsed my campaign for the State Senate. As a leading LGBT civil rights organization, EQCA represents a significant and important segment of our community. Marriage equality is just one of many issues where my opponent and I strongly disagree," concluded Portantino. "I live in the 25th State Senate District and I want to ensure that in November our district elects the right choice and the best candidate.  As the former Chief Executive Officer of Los Angeles County, I know and have worked with Anthony Portantino and Republican Supervisor Mike Antonovich.   Anthony Portantino is clearly the superior person for the job.  He has a strong fiscal record and believes in accountability and transparency -- attributes that separate him from his opponent and which will serve the residents of the 25th Senate District extremely well.  Anthony is just the type of energetic and responsible leader we need in Sacramento. Please join me in supporting Anthony Portantino for State Senate.”
- Former Los Angeles County Chief Executive Officer William Fujioka

"It's a great day for our campaign to have earned the endorsement of Bill Fujioka. As the former top administrator of Los Angeles County, he knows and understands our local issues and the people in this race.  I'm very pleased and honored to have earned his trust and support," concluded Portantino.

Fujioka was  raised in Boyle Heights and Montebello.  He served  with the City of Los Angeles and Los Angeles County until 2014 when he retired as Chief Executive Officer. The Anthony Portantino for State Senate campaign is proud to announce the endorsement of former Los Angeles County Supervisor Zev Yaroslavsky.  The Supervisor joins an incredibly diverse and long list of local leaders and organizations who have endorsed Anthony for the 25th State Senate District.

"I enthusiastically endorse Anthony Portantino for the State Senate.  He is a progressive and courageous leader who will bring passion, intelligence and integrity to the California legislature.  This Senate district deserves the very best.  I know Anthony and his Republican opponent very well.  I've worked with both of them for years.  Anthony Portantino is the best candidate and will be the best Senator for the 25th District."
Former Supervisor Zev Yaroslavsky

Zev Yaroslavsky is a former member of the Los Angeles County Board of Supervisors from District 3. He held office from 1994 to 2014 and served on the Los Angeles City Council from 1975 to 1994.

"It's a super day for our campaign to have earned the trust and support of Zev Yaroslavsky.  No one better understands the safety net provided by the County of Los Angeles and the candidates in the race better than Zev and I'm honored to have his support," concluded Portantino.

Anthony has taught leadership at USC. He is the father of two great daughters, Sofia who completed her K-12 education in the district and Bella a freshman.  Ellen Portantino is the past president of the PTA of Bella's middle school and is an executive at Warner Brothers. On Friday, the Teen Leadership of the Hemophilia Foundation of Southern California came to educate me on their efforts to support Dr. Ed Hernandez’s Senate Bill 586, which is currently making its way through the Legislature.

Senate Bill 586 will provide medically necessary services required by physically handicapped children whose parents are unable to pay for those services.  Hemophilia is a condition that will be covered by SB 586, so the kids are meeting with local leaders generate support. I was blown away by the poise and intelligence of these teen advocates, it brightened my day.  About 1 in 5000 are affected by Hemophilia, and about 400 babies every year are born with it every year. Arroyo Seco Voters could be impacted by the Copa America event at the Rose Bowl! This is from today's article at Pasadena Now:

Pasadena voters who live in the Arroyo Seco area and who intend to cast ballots at two polling places near the Rose Bowl Stadium are reminded to go to the polls early to avoid traffic and possible delays due to the Copa America soccer match on June 7, 2016.

As an alternative, voters may wish to request an online “Will Call Ballot” for pickup at Pasadena City Hall, 100 N. Garfield Ave., by visiting the County of Los Angeles Registrar Recorder/County Clerk website www.lavote.net or by calling the County at (562) 466-1323. Will-call ballot requests generally take 48 hours to process. Anthony Portantino for State Senate proudly announced the endorsement from California NOW.  The National Organization for Women (NOW) is a movement dedicated to gender equality and gender empowerment.  It is one of the most influential, respected and recognized brands in politics.   California NOW joins Planned Parenthood Advocates Pasadena and San Gabriel Valley, hundreds of local School Board Members and City Councilmembers and 20 local Democratic Clubs in the 25th District as endorsing Anthony Portantino for the State Senate. 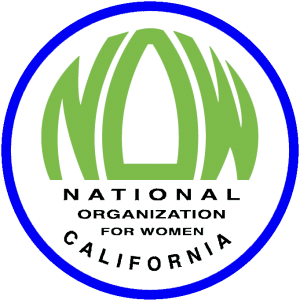 "Anthony is a very well-deserving candidate for the NOW endorsement on merit and he is our strongest candidate to keep the 25th Senate District Blue against ultra-conservative Supervisor Mike Antonovich.  NOW is very pleased to add our name to Anthony's impressive list of endorsements and we look forward to his successful campaign," added Jerilyn Stapleton, President, California NOW.

"I am delighted to advise you that the Board of Planned Parenthood Advocates Pasadena and San Gabriel Valley voted unanimously to endorse your 2016 campaign for State Senate, District 25.  On behalf of our Board, I would like to acknowledge your record of standing up for reproductive health care and Planned Parenthood. Thank you for your ongoing support!  We are honored to support your candidacy and wish you every success in the coming year," commented Kristin Maschka, Chair, Planned Parenthood Advocates Pasadena and San Gabriel Valley.

Women's reproductive health, women's rights and choice itself are at center stage in the 25th Senate District.  National conservative leaders and activists are attacking all public funding for Planned Parenthood, and anti-choice"crisis centers" have been increasing their presence and activism in Pasadena. The leading Republican candidate in this race is anti choice, while Portantino is strongly pro-choice and  has long worked closely with Planned Parenthood on numerous community events, HIV/AIDS testing and education.

"This is a key endorsement for our campaign.  I’m very proud to be associated with a group that does such important work in bringing routine healthcare and healthy family planning to thousands of local women and families.  National and local efforts to blockwomen in need from the services provided by Planned Parent are unconscionable.  I will work very hard to make sure we don't turn back the clock to 1950's thinking exemplified by my opponent in this race," said Portantino.

Portantino and long-time Conservative Supervisor Mike Antonovich are on a collision course in November where their opposing views on a women's right to choose will be a central and defining difference between the candidates. Portantino has Co-sponsored 9 HIV/AIDS Summits with City of Hope and in collaboration with Planned Parenthood.  He is endorsed by the California Medical Association, the California Democratic Party and numerous prominent institutions. The Anthony Portantino for State Senate campaign proudly announced the endorsement of the San Fernando Valley Young Democrats (SFVYD).  The SFVYD join the Stonewall Young Democrats and the Los Angeles County Young Democrats in endorsing Anthony Portantino for State Senate in the 25th SD.   The SFVYD was formed over 20 years ago by Secretary of State Alex Padilla and Congressman Tony Cardenas.  It continues to be an influential, robust and activist club in San Fernando Valley.  Portantino, who is a visiting Fellow at the USC Unruh Institute of Politics, has had a long and positive relationships with YD's throughout Los Angeles County and the SFVYD's.  Portantino had received the recommendation of the club's endorsement committee and was voted on without opposition on the SFVYD consent calendar.

"I'm thrilled that young democrats from across the 25th Senate District have embraced our positive campaign.  The 2016 election cycle has showcased the passion and power of young voters.  Garnering the support of my friends in the SFVYD is an honor that continues to underscore our diverse and broad support," added Portantino.

Portantino is the former Chair of the Assembly's Higher Education Committee and the author of legislation that created the Summer Institute of Emerging Managers and Leaders at the University of California and the Science and Technology Fellowship in the State Capitol.  His district, capitol and campaign offices have long been places for young activists to begin their careers and thrive. Over the weekend, in a direct violation of a ceasefire agreement, the Azerbaijani military attacked the good people of Artsakh. Fighting for self-determination, too many Artsakh soldiers paid the ultimate sacrifice for their country. A 12 year-old boy and an elderly couple from the village of Talish were also tragically killed at the hands of the Azerbaijani military. Azerbaijan's aggression against the free and independent Nagorno Karabakh must be condemned and those responsible must be held accountable with strong sanctions and consequences for their unjustified actions.

My family's prayers go out to families struck by this attack. I hope you can join us and encourage others, to contribute to humanitarian relief efforts to help victims through these difficult times.

Here are two ways in which you can help:

Please consider helping as we join together in California to ardently support peace and Artsakh Independence.